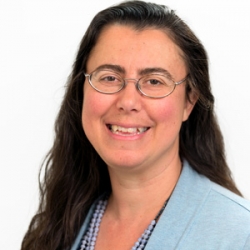 Prof. Ellis' research interests include identity formation within the Muslim communities of the Balkans, and youth and migration in Southeast Europe, with an emphasis on regional Albanian and Turkish populations. Her findings are published in numerous articles and books. In her first book, Shadow Genealogies: Memory and Identity among Urban Muslims in Macedonia (Columbia University Press, 2003), she showed the flexibility of urban members of Muslim communities in the Balkans in creating new Muslim identities amongst violence and socio-economic change. This book was subsequently translated and published in Albanian. Her second book, Catapulted: Youth Migration and the Making of a Skilled Young Albanian Diaspora (Columbia University Press, 2013) is a longitudinal study of young academically-promising Albanians displaced from the Balkans to show that identity, mobility and achievement are fundamentally connected. She has published her findings in articles in Balkanistica: The Journal of the South European Studies Association, Journal of Management Development, and International Studies Quarterly, and has presented her work on identity and migration at the Center for Russian, East European and Eurasian Studies at Stanford University and the Institute of Slavic, East European and Eurasian Studies at the University of California at Berkeley.

Prof. Ellis has repeatedly served as a National Boren Scholarship panelist for Middle East and is a member of EWIC Women in Islam and US Institute of Peace Scholars. At SF State, she is faculty advisor to The International Relations Journal, a yearly publication of the IR Department, a member of the Middle East and Islamic Studies (MEIS) program, as well as advisor to the Turkish Student Association.