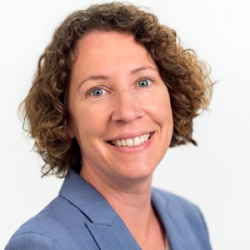 Dr. Skonieczny is currently working on several projects on the rise of populism in the United States and its impact on US trade policy. Her forthcoming chapter in Ralph Carter’s Contemporary Cases in US Foreign Policy textbook is titled, “The US-China Trade War” and will appear in the 6th Edition to be out in 2021. She has also published a book chapter, “Populism and Trade: The 2016 US Presidential Election and the Death of the Trans-Pacific Partnership” in the 2018 Global Populisms edited by Dirk Nabers, Frank Stengel and Robert Pateman. Her take on Emotions, trade and the 2016 election was published in Politics and Governance, “Emotions and Political Narratives: Populism, Trump and Trade” in 2018. She also contributed a case study on narratives and trade policy titled “Narrative Analysis and US Trade Politics” to the SAGE Research Methods Cases: Politics & International Relations in 2019. Most recently, she commented on International Relations and the Practice Turn in “Stepping out of the Social World: a Lonely Call for more Philosophy in the Practice Turn,” in Global Constitutionalism, March 2020 and on the Elections, Foreign Policy and American Politics in “Trump talk: Rethinking elections, rhetoric, and American foreign policy,” in Politics, July, 2020.

She is a co-editor of a new Brill book series, titled Global Populisms, a board member of the journal Populism, co-editor of a (2019) special issue called Exploring Global Populisms in the journal, and participated in the International Studies Association 2017 Workshop on Populism in Baltimore, MD. She has also published articles on US Trade politics. She published in Review of International Political Economy titled “Trading with the Enemy: Narrative, Identity and US Trade Politics” (2018), “Corporate Lobbying and Foreign Policy” (2017) in the Oxford Research Encyclopedia of Politics, Playing Partners: Expectation, Entanglement, and Language Games in US Foreign Policy (2014) in International Relations. Her reflections on her first publication “Constructing NAFTA: Myth, Representations and the Discursive Construction of US Foreign Policy” (2001) appeared in the (2018) volume Tactical Constructivism as Methods: Expression and Reflection edited by Brent Steele, Harry Gould and Oliver Kessler. She has also published in the journal Alternatives and International Studies Quarterly. Her complete list of publications can be found at her website.

Dr. Skonieczny is an experienced and dedicated teacher. She has spent over a decade in the university classroom, and devotes a considerable amount of her time working with students on developing student writing and creating meaningful research projects on a wide-variety of IR topics. In 2019, she wrote about her experience as a teacher and reflected on coming to San Francisco State in 2007 in a chapter called “Teaching Writing as Social Justice,” in Pedagogical Journeys through World Politics: Adventures in Teaching, edited by Jaime Frueh. Over the past few years, she has taken some of her teaching online and advocated for an online section of IR 550, the senior capstone course in IR.  In addition to advocating for student access to IR core curricula, Dr. Skonieczny led the charge in the IR department by applying for and winning a 2017 CSU grant to rethink the curriculum with student success towards degree in mind.

Dr. Skonieczny’s experience teaching writing as well as other courses has led to collaboration and excellence in student writing. In 2014, she collaborated with graduating IR senior, Giuliano Morse, to develop his IR 550 paper into a book-chapter titled, “Globalization and Occupy Wall Street,” that she co-authored in The SAGE Handbook of Globalization, edited by Manfred B. Steger, Paul Battersby and Joseph Siracusa. She has also helped develop student papers from her courses into conference papers delivered at the International Studies Association (both the annual meeting and the West Region). Since 2009 she has brought ten undergraduate students and five graduate students to ISA conferences and her 2015 undergraduate student won the best undergraduate paper award at ISA West. She is always looking for ways to inspire students to write at a higher academic level and to think about writing for a broader audience.